In 1873, George Scaramanga bought the 12 acres of woodland fronting on to Hophurst Lane from Richard Buckley. Known at that time as Tilt Wood, the ground had been part of Bowers Place Farm, and was already the site of a house and two lodges. Mr Scaramanga was nothing if not a man of vision, and as the dates on his architectural plans and drawings tell us, immediately set about enlarging his new acquisition, so that by the time his builders had finished, he was the owner of a fifteen bedroomed mansion which boasted also one of those classically Victorian ‘must haves’, a stylish ‘porte cochere’ over the front door. The new house was also centrally heated, surely a rarity in those days, and possessed a huge conservatory with an extended glazed veranda running the full length of its southern aspect. In the manner of the times, a walled kitchen garden, and an orchard were planted for produce, whilst the immediate grounds, with posterity very much in mind, were stocked with a selection of collectors trees and shrubs, many of which are in good fettle to this day. In 1879, the neighbouring Hophurst Farm and its 400 acres was purchased as the home farm, for what was now beginning to become known as the Tiltwood Estate.

Behind the house down across the meadow, Mr Scaramanga created perhaps the most ambitious of his horticultural projects, a chain of five large lakes occupying about three acres alongside the railway line from East Grinstead to Crawley. These fish ponds as they were called, would have been a wonderful sight from the passing carriage windows, with their chain of waterfalls, and the masses of glorious banked rhododendrons and azaleas in bloom each spring. The uppermost lake incidentally, has been preserved and is now the Crawley Down Village Pond, enthusiastically and expertly tended by volunteers from the Pond Environmental Group.

George Scaramanga died in 1891 but the Tiltwood Estate continued to be run by his wife Elsie, and by 1928 when it passed to her son Ambrose, would probably have been at the very peak of its development and influence in the area. With nearly 500 acres of ground, a huge mansion house, a home farm, two gate lodges, chauffeur‘s and gardeners cottages, coach houses, garaging, gardens, lakes and an unlikely but highly profitable brick works, it would have been arguably the most significant property in the area, with a hierarchy and social life all of its own. A world within a world, and an important source of employment and trade for the shops and people of Felbridge, Copthorne and Crawley Down.

Disaster was to strike though. In the 1930‘s a devastating fire swept through the mansion house and totally destroyed the upper floors, there was no loss of life, but the house needed completely rebuilding. This was duly carried out but to a completely different architectural design, - the house as we see it now. Since 1953, the larger Tiltwood Estate has slowly vanished, - divided and sold off, but its very heart, the acres of Tiltwood itself, still remain virtually unchanged, a place of great peace and tranquility, and still very much in tune with the original vision of its creator, George E Scaramanga. 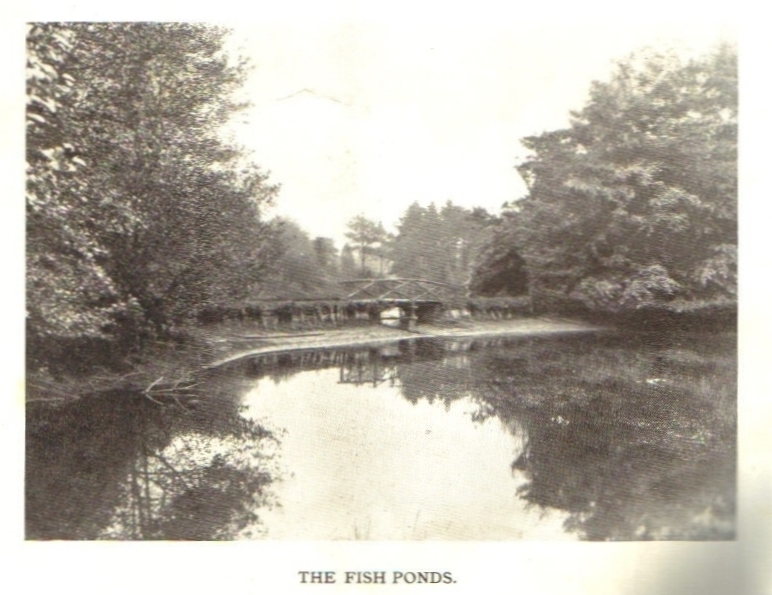 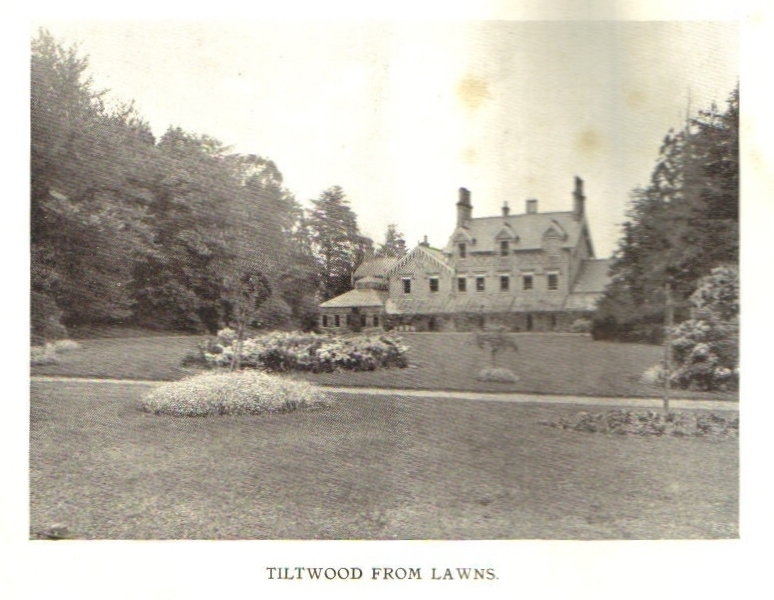 Towards the new C.D.